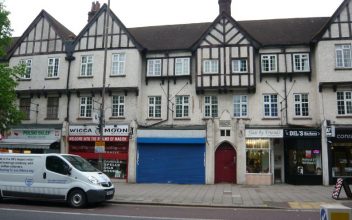 Effective on 1st April 2017, seven years since the previous re-valuation.

All business properties in England and Wales were re-assessed based on an ‘assumed open market rental value date’ (AVD) of 1st April 2015. (The AVD for the previous re-valuation was 1st April 2008.)

The Government Valuation Office prepared its build up to April 2015 and April 2017 by issuing ‘Forms of Return’ which requested from Rate payers, confirmation of lease terms and rents paid, or trading accounts for those properties valued on this basis.

Significant changes to the appeal process for the 2017 Business Rate Re-valuation were also introduced and referred to as ‘Check, Challenge, Appeal’, which provides 3 stages. The major difference with the previous appeal process is that a proposal will need to set out substantive reasons at the ‘Challenge’ stage, along with an alternative valuation backed by detailed supporting evidence.

The Rating (Empty Properties) Act 2007 implemented a commitment by the Government to reduce rating relief on empty non-domestic property in order to encourage owners to bring such property back into occupation.

Business Rates will not be payable for the first three months that a property is empty. Industrial premises, such as warehouses and factories, are exempt for a further three months.

In conjunction with experienced rating consultants, Sinclair Jones can arrange to provide advice on all rating matters to ensure that occupiers are paying the correct level of rates and, if appropriate, submit an Appeal, for which negotiations with the VOA will be necessary. This can also include looking into any over payment that may have been made over previous years. Successful appeals lead to significant financial savings and fees are generally success-based and incentivised with the view to achieving best possible result for the client.

We use cookies to ensure that we give you the best experience on our website. If you continue to use this site we will assume that you are happy with it.Ok